Fan service reminiscent of GoDanner. Pretty good in all ways. It has some nice animation similar to the first season, same studio with a new name? Only a few weak writing choices keep this from being a masterpiece. Makes me want to buy the toys! Lots of action with very nice CG animation and visuals.

Good direction and more sensitive than usual for the genre. The backgrounds are smooth but plain, like the character designs.

The story has a strong start, but fizzles out toward the end. Excellent production but not quite as good as the best productions. Fan-subbed, unreleased in NA.

It is an Interesting season I prequel backstory that should be watched first. Older style character designs with lots of action. Busy magical girl series, not as serious as the other Fate franchise series but more than usual for typical magical girls. Movie – 99 minutes. I regarded it weak on most counts. Modest production with very nice classical music score, charming pastels with a limited color palette, simple story.

Slips a little in the final episodes. Complex story was difficult to follow but it was mysterious and atmospheric.

A bluray of this would be nice. The art and setting are similar to FMAB. A bright and funny short series.

A different superhero with a unique butt superpower. Eerie and disturbing psychological horror. OVA 3 minute episodes. Ep 0 season 1 recap, 24 episodes. Good, but not a stand-out among watanote other great but similar stories. Is This a Zombie? All episodes available online. The ending episodes were less so. Magical children fighting a cruel and brutal war of extinction in a barren world. 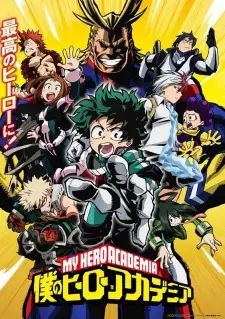 Not the strongest dub or story. It does include some disturbing loli parts though. Good animation direction and production by Madhouse.

A bit mean-spirited for me. Disk includes many of the old extras. Starting the season with silly episodes and now in continuing dramatic arcs.

I need to watch this one again. Has a lot of episodes for a show of this kind but the writers never ran out of funny stories. I thought it was great.

Calm, atmospheric and beautiful on blu-ray. Mostly fights with little or no attempt at anything else. Nice looking battle series and interesting character designs. A decent PG school girls slice of life show with an initial MA birthday check and warning with each of the 12 episodes. Nice looking violent and graphic addition anike the horror series. Bright moe girl group contrasted with very dark and serious si-fi backgrounds.

The dub was disappointing as Waamote is one of the few shows that should never be dubbed. Decent art with standard HS character designs. Future of the OVA series. Short theatrical movie, 22 minutes. Retelling of the TV series.